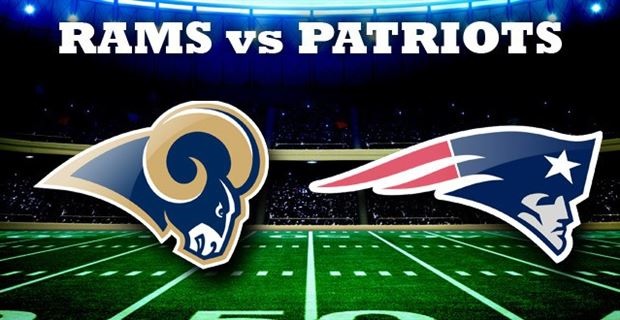 When I saw the logos for the teams in this year’s Super Bowl, it reminded me of an end times prophecy in Daniel chapter 8.

Because the logo for the Patriots looks like a horn. A single horn. 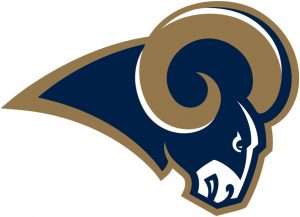 The Rams logo is not as subtle… Bah-Ram-Ewe!

So, before the big game is played, let’s publish this… because the way to prove prophecy validity is to publish it before the event. (Makes sense) Of course, there is a risk in publishing ahead of time, because if the event doesn’t pan out exactly as stated, the publisher will be accused of false prophecy. (This happens more than not.)

The key to good prophecy which won’t get the prophet stoned, is to make the language vague enough to provide plausible deniability. That being said, let’s just jump into the passage:

5 And as I was considering, behold, an he goat came from the west on the face of the whole earth, and touched not the ground: and the goat had a notable horn between his eyes.

6 And he came to the ram that had two horns, which I had seen standing before the river, and ran unto him in the fury of his power.

7 And I saw him come close unto the ram, and he was moved with choler against him, and smote the ram, and brake his two horns: and there was no power in the ram to stand before him, but he cast him down to the ground, and stamped upon him: and there was none that could deliver the ram out of his hand.

First, let me point out the word “an” in front of the word “he” in verse 5… apparently King James didn’t pronounce the ‘h’. Just sayin’. Or, perhaps it is just a typo, since they don’t repeat it in verse seven… oh, but there it is referring to the Ram. There may be another hint there… But; I digress… 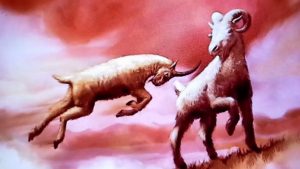 Judging by the verbiage here, it is apparent the Rams will be slaughtered by the Patriots. Already, the Rams are being downgraded to underdog status… so it seems the odds makers are already agreeing with the prophecy.

But; I think for this prophecy to be fulfilled, the Rams will need to be shut-out. A total humiliation.

Along with this, I sense an alignment with the political parties of the USA. The controversy over the National Anthem and whether or not kneeling respectfully is an honorable choice continues to divide the country. Is it fair to assume the Republicans are all Patriot fans and the Democrats are rooting for the Rams?

Perhaps so, and we’ll just have to keep an eye on the twitter-verse to see what the little horn has to say when the game is history. 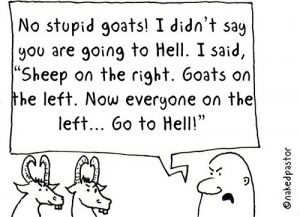 Oh, just have another beer and enjoy the game! And always remember, “Sheep go to Heaven, Goats go to Hell!” Don’t get left out…