How Aesop ruined my life 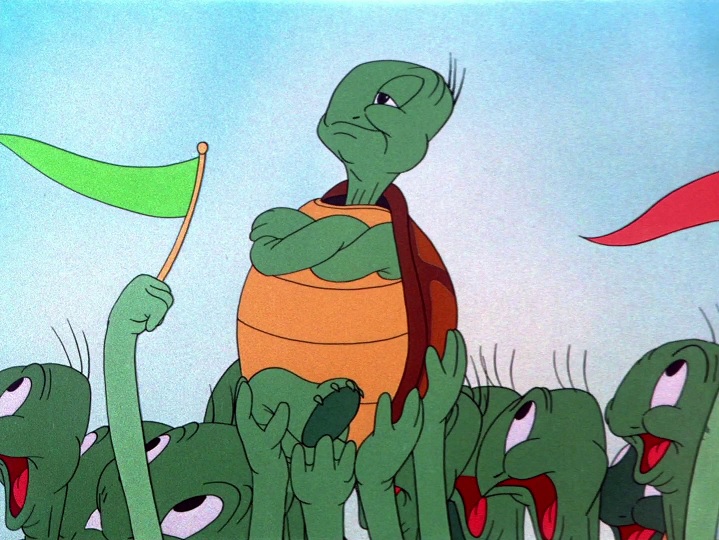 It was his fable about the Tortoise and Hare. 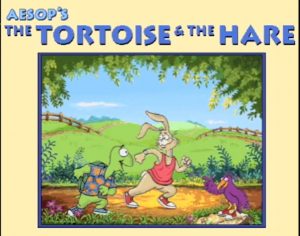 I had learned from this that Slow and Steady Wins the Race! 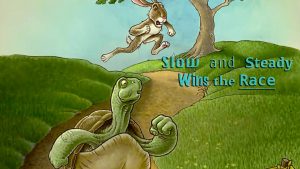 My whole life was based on this… seriously. This meme is something I learned back in Toledo, in my first few years of school. 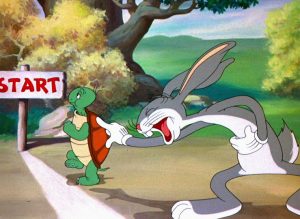 I kept this story in mind for everything. When I started anything, I would think about the goal. I would plot a course, and know I would have to make corrections along the way. The trick was to begin with the end in mind. (Thanks for that Stephen Covey) As long as I knew the goal, I would get there… hell or high water.

When I started running in 10k races and marathons, I never really worked on speed. 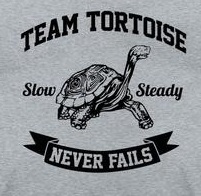 I even thought about starting a running club – Team Tortoise, whose tagline was To Finish is To Win!

I had a patch on my backpack that had a tortoise on it and the words, “I may be slow, but I’m ahead of you!” 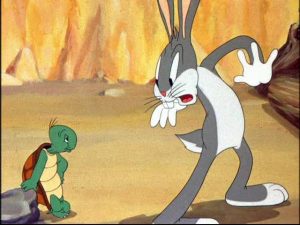 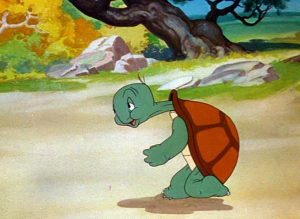 This mentality is deeply ingrained. It keeps me slow and sluggish in all things. Sadly, Team Tortoise does not a good Entrepreneur make! Agility and quick starts are needed. 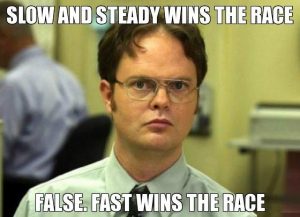 Something must change, rather, somebody… 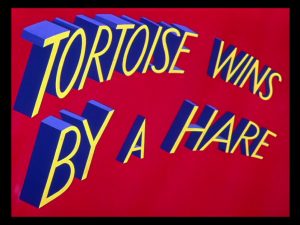 I think of the Bugs Bunny cartoon where no matter what Bugs did, the Tortoise beat him. 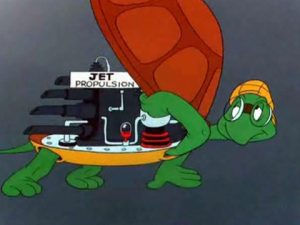 At the end, it was revealed that the Tortoise had a rocket under his shell. (Yay technology!) THAT is the Tortoise I need to become.

Gotta shift into a new paradigm.