Woden’s Tag – center of the week

Stever Posted on July 26, 2017 Posted in Memoirs of a Heretic, Popular Paradigms, Strait from Stever, Work Experience No Comments Tagged with gods, Hump Day, Point of no Return, Wednesday 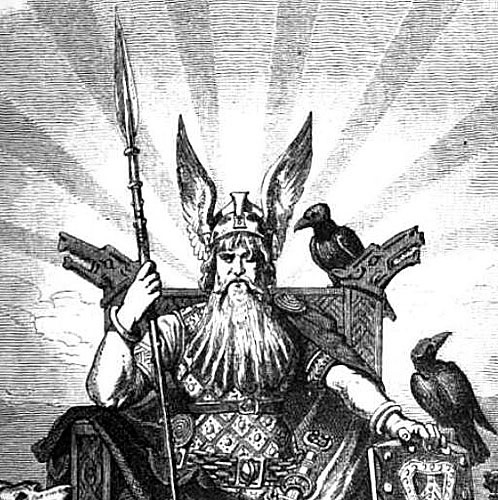 Sunday is the first day of the week… Saturday is the last. The two ends are joined together like an ouroboros to be celebrated as one whole. Wednesday is the middle of the traditional work week, (the whole week actually), and arriving at Wednesday symbolizes that we’ve made it over the hump and the weekend is in sight. It can also be seen as “the point of no return”.

The strange word “Wednesday” is derived from the Germanic “Woden’s tag”, or Odin’s day.

Woden also created the first man and woman from an ash tree and an alder.

Woden also established the laws of the universe.

Pretty impressive… But wait! There’s more! Once the Romans did their trample and mash gig, they considered Woden just another name for Mercury. (Romantic languages reflect this in their name for the middle day, for example – mercredi (French))

Mercury was the messenger to the gods, along with being the patron of science, the arts, travelers and athletes. Today, he is one of the most widely recognized gods. Usually, he’s depicted wearing a winged helmet and sandals.

Mercury is also the guide of souls to the underworld. As the “keeper of boundaries,” referring to his role as bridge between the upper and lower worlds.

Woden/Mercury – a fitting icon for the center of the week!

Celebrate it in gratitude!