↓ Skip to Main Content
Home › Holy Sh*t! › An Errant Genealogy in the Bible?

An Errant Genealogy in the Bible?

Stever Posted on December 10, 2018 Posted in Holy Sh*t!, It's in The Bible!, Memoirs of a Heretic, Strait from Stever No Comments Tagged with Cain, Enoch, Genesis 6, Lamech, Poligamy, Tubal-cain 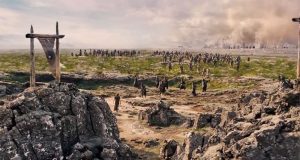 In the fourth chapter of the book of Genesis, there is a genealogy which has always confused me. I’ve always wondered why it is there. It is the bloodline of Cain, you know… the first born of Adam who is infamous for killing his younger brother. I have always assumed it is in the bible to let us know where all the evil, which led to the catastrophic flood of Noah’s day, came from. I’m not sure that is a good enough reason, but before I get into that, let’s look at the lineage of Cain as told in the Bible (the actual verses are down the post a bit):

Zillah -> Tubal-cain and his Sister Naamah

The first thing I notice is there are two names I recognize beside Cain. Enoch and Lamech. These two names are seen in another genealogy. If you skip ahead to Genesis chapter 5, you will find both these names in the genealogy of Seth, Cain’s baby brother. I wish the ages of the individuals were included in this section, so we could figure out who used the name first. (I suspect people believe Cain’s descendants copied Seth’s line… as some sort of cosmic competition.) The Lamech from this line is pretty progressive, eh? Two wives! But, before we talk about that, let’s go ahead and look at the actual text.

Later, Cain had sexual relations with his wife. She became pregnant and gave birth to Enoch. Cain founded a city and named it after his son Enoch. Irad was born to Enoch. Irad fathered Mehujael, and Mehujael fathered Methushael, and Methushael fathered Lamech. Later, Lamech married two wives. One was named Adah and the other was named Zillah. Adah gave birth to Jabal, who became the ancestor of those who live in tents and herd livestock. His brother was named Jubal; he became the ancestor of all those who play the lyre and the flute. Zillah gave birth to Tubal-cain, who became a forger of bronze and iron work. Tubal-cain’s sister was Naamah. Lamech told his wives,

“Adah and Zillah, listen to what I have to say:
You wives of Lamech, hear what I’m announcing!
I’ve killed a man for wounding me,
a young man for bruising me.
For if Cain is being avenged seven times,
then Lamech will be avenged 77 times.”

We’ll get to Lamech in a bit… first let’s talk about Enoch. Cain was quite proud of his first born and built a city to name after him. What’s up with that? I thought Cain was going to be a nomad roaming around without a country as part of his punishment for what he did to Abel. I’ve read ahead and know that the Enoch from Seth’s line is a special guy… he never died! Keep in mind that this entire line of people is antediluvian… meaning before Noah’s Flood. So, this is the main reason I wonder about listing out Cain’s Genealogy is moot… the line ends at the flood, right? Or does it? After watching Noah with Russell Crowe, I am aware there is a possibility someone other than Noah and his three boys and their wives made it through the flood. (If this intrigues you, may I suggest a book? The Genesis 6 Conspiracy by Gary Wayne.)

Anyway, let’ talk about this Lamech. (Oh, did I mention the other Lamech is Noah’s dad?) He is noted as having two wives. From these two wives, the first has two sons, one is a cattleman and the other is a musician. Are we being told something here? Is there something about these professions we should know? The second wife has a son named Tubal-cain who is a metalworker. Amazingly, there is mention of Tubal-cain’s little sister, Naamah. This is strange… perhaps it was simply to point out that each of Lamech’s wives had two kids. Of course, there are some old texts that tell us this happened to be the name of Noah’s wife. Oh? There is also a demon with the same name mentioned in the Zohar. Any relation?

Was this really the issue? Or is it the fact that Lamech committed murder just like his Great-Great-Great Grandfather? What a strange thing, him claiming to be protected from revenge/capital punishment not only as much as Cain, but 11 times as much protection.

This is all just wild. All for a genealogy which we are led to believe ends at the flood. I find it strange, but likely a pointer to something much deeper. It gives me pause… I can understand why some just don’t read the bible, it too hard to understand.