Hope for the future

Stever Posted on August 15, 2017 Posted in Abundant Universe, Dreamer, It's in The Bible!, Memoirs of a Heretic, Popular Paradigms, Strait from Stever No Comments Tagged with Carousel of Progress, Clay Feet, Daniel, Fall of the Cabal, Prophecy, Tomorrowland 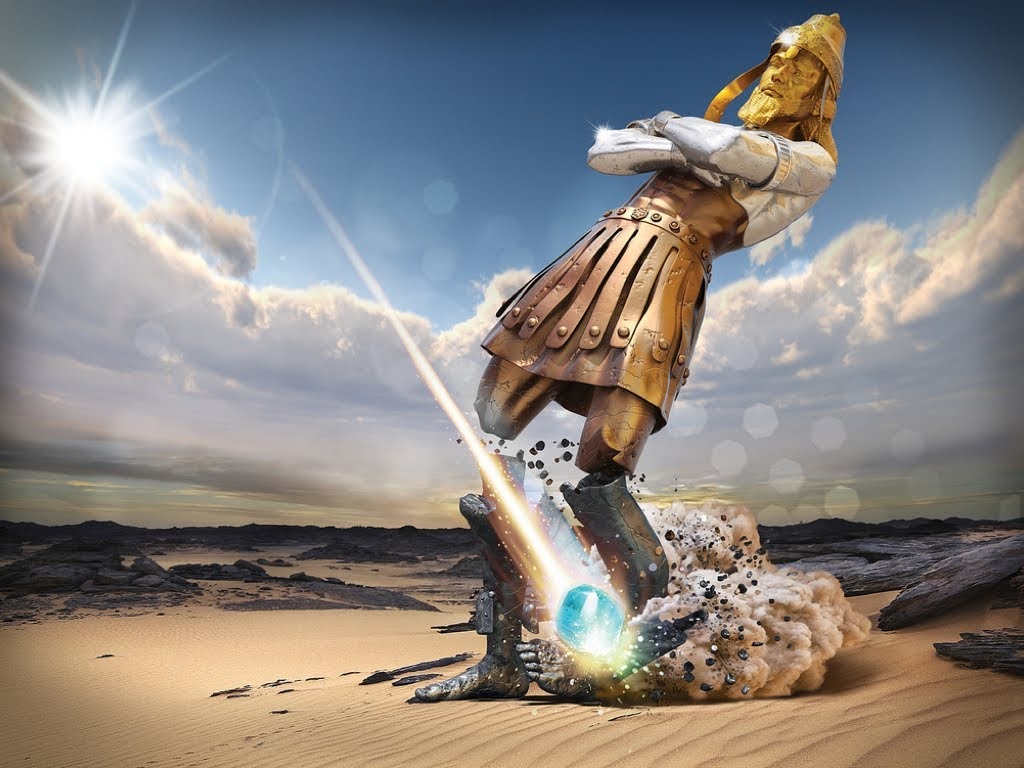 Tomorrowland was my favorite part of Disneyland. Yes, I was always a nerd. (The movie was a favorite of mine too… but that is a different story.)

There’s a great big beautiful tomorrow, shining at the end of every day!

I can still hear that song from Disneyland’s “Carousel of Progress” attraction in my mind. (If I remember correctly, it was sponsored by General Electric.) When I was young, this was one of my favorite attractions. For those too young to remember, this was a theater which had four stages. The stages were in the center and remained static while the audience was moved from stage to stage. On the stages we followed a family through history showing how life was improving with the progress of science and industry. (It was quite a feat of engineering, the whole building moved audiences around.) The final stage, which showed the near future, had soon become history. All the devices they predicted had come to be.

Rather than update the final stage, the show was cancelled. The building was repurposed and transformed into “America Sings”. Even that fun show ran it’s course. “Innovations” was next, which is what it was the last time I visited. Now, I believe it is “Star Wars Launch Pad”, whatever that is. I haven’t been to Disneyland in quite a while. That’s Sad.

Anyway, the reason I went down that section of memory lane was to bring up the future. Progress continues to happen, and it is more than a carousel, it is a vortex of progress! (Perhaps toroid of progress is better?) We have been moving forward for a long time.

In fact, while thinking of the future, I was reminded of the distant past. A dream of the history of the kingdom(s) of man, including future history. I’ll just cut to the chase:

Daniel tells Nebuchadnezzar his dream. It was Nebuchadnezzar’s dream, but Daniel told him what it was, and interpreted it for him. (From Daniel chapter 2 – ISV)

31“Your majesty, while you were watching, you observed an enormous statue. This magnificent statue stood before you with extraordinary brilliance. Its appearance was terrifying.

32That statue had a head made of pure gold, with its chest and arms made of silver, its abdomen and thighs made of bronze,

33its legs made of iron, and its feet made partly of iron and partly of clay.

34“As you were watching, a rock was quarried—but not with human hands—and it struck the iron and clay feet of the statue, breaking them to pieces.

35Then the iron, the clay, the bronze, the silver, and the gold were broken in pieces together and became like chaff from a summer threshing floor that the breeze carries away without leaving a trace. Then the rock that struck the statue grew into a huge mountain and filled the entire earth.

So, here we have a statue that embodies the entire system of the world, the whole history of the cabal and the powers that be since Nebuchadnezzar started it all. For now, we will just accept the fact that this statue of different metals is representative of all of the systems rise to domination. There are plenty of studies which break down each section of the statue and connect it with history. (We are down in the clay/iron toes right now, for those who know this bit of eschatology, the last gasp of the Roman Empire.) It is an interesting study… Let’s skip a bit to the wrap up where Daniel is talking about the distant future and the leaders of the end times:

44“During the reigns of those kings, the God of heaven will set up a kingdom that will never be destroyed, nor its sovereignty left in the hands of another people. It will shatter and crush all of these kingdoms, and it will stand forever.

45Now, just as you saw that the stone was cut out of the mountain without human hands—and that it crushed the iron, bronze, clay, silver, and gold to pieces—so also the great God has revealed to the king what will take place after this. Your dream will come true, and its meaning will prove trustworthy.”

A stone, not cut by human hands, strikes the base of the statue, destroying it. Then this stone grows into a mountain which covers the earth and beyond. The everlasting kingdom of God.

There is a movement going on behind the scenes… The transformation of the system of the world into what it is intended to be. I suggest that this movement is online and unstoppable. What the Tower of Babel attempted to accomplish will be accomplished in the internet. Intangible and cut without hands, cyberspace set in silicon chips.

Is an outside force a required catalyst for the ascension? Or can individual instigators catalyze and grow organically from grass roots movements? Who really built the internet? No, it wasn’t Al Gore…

What are you doing to move into the new kingdom?

0 Comments on “Hope for the future”