Stever Posted on March 9, 2019 Posted in Introspection, Memoirs of a Heretic, Strait from Stever No Comments Tagged with Equinox is coming, Spring Forward, Timey-wimey 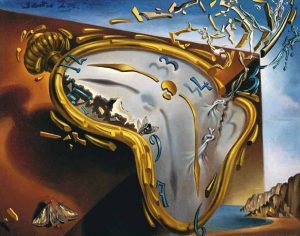 It’s that time of year again… early in the morning our clocks will suddenly be wrong. The Powers That Be (PTB) have declared our clocks should “spring forward” an hour. So, when we wake up in the morning, we will be an hour late.  The date chosen for this is close to the Vernal Equinox. (That’s the day when the daylight and night are equal in duration… which happens twice a year, once in spring and once in fall.)

I remember on year I was working mid shift, so I was paid for 8 hours of work, but I really only worked 7 hours. I thought that was pretty cool.

But, it is really just a pain to have to go through this time shift twice a year. Is there really any reason for it? It is said that daylight savings time during the summer saves energy because we are making better use of the daylight.

Realistically, we could just change our starting time in the summer, right? I mean, summer is when the days are longest, so is that really true? I don’t see it. 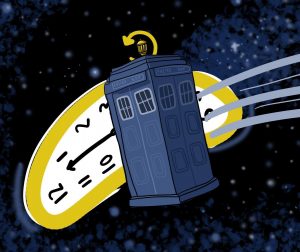 Then, when we get near the Autumnal Equinox, we shift the clocks back again… to standard time. I used to think they did this just so it was darker earlier for Halloween. But a few years ago the PTB decided to move the dates on either end to make Daylight Savings Time last longer during the year. So, the fall was moved to happen later in the year and the spring was moved to happen earlier in the year.

I am one who would like to just leave it alone… pick Standard or Daylight Savings time and just stick with it. Let’s leave the wibbly-wobbly timey-wimey stuff to The Doctor.

With that, I am going to bed so I can wake up an hour late tomorrow…