↓ Skip to Main Content
Home › It's in The Bible! › Mysterious Package From Planet X!

SteverPosted on August 3, 2018 Posted in It's in The Bible!, Meme, Memoirs of a Heretic, Music Review, Strait from Stever — No Comments ↓ 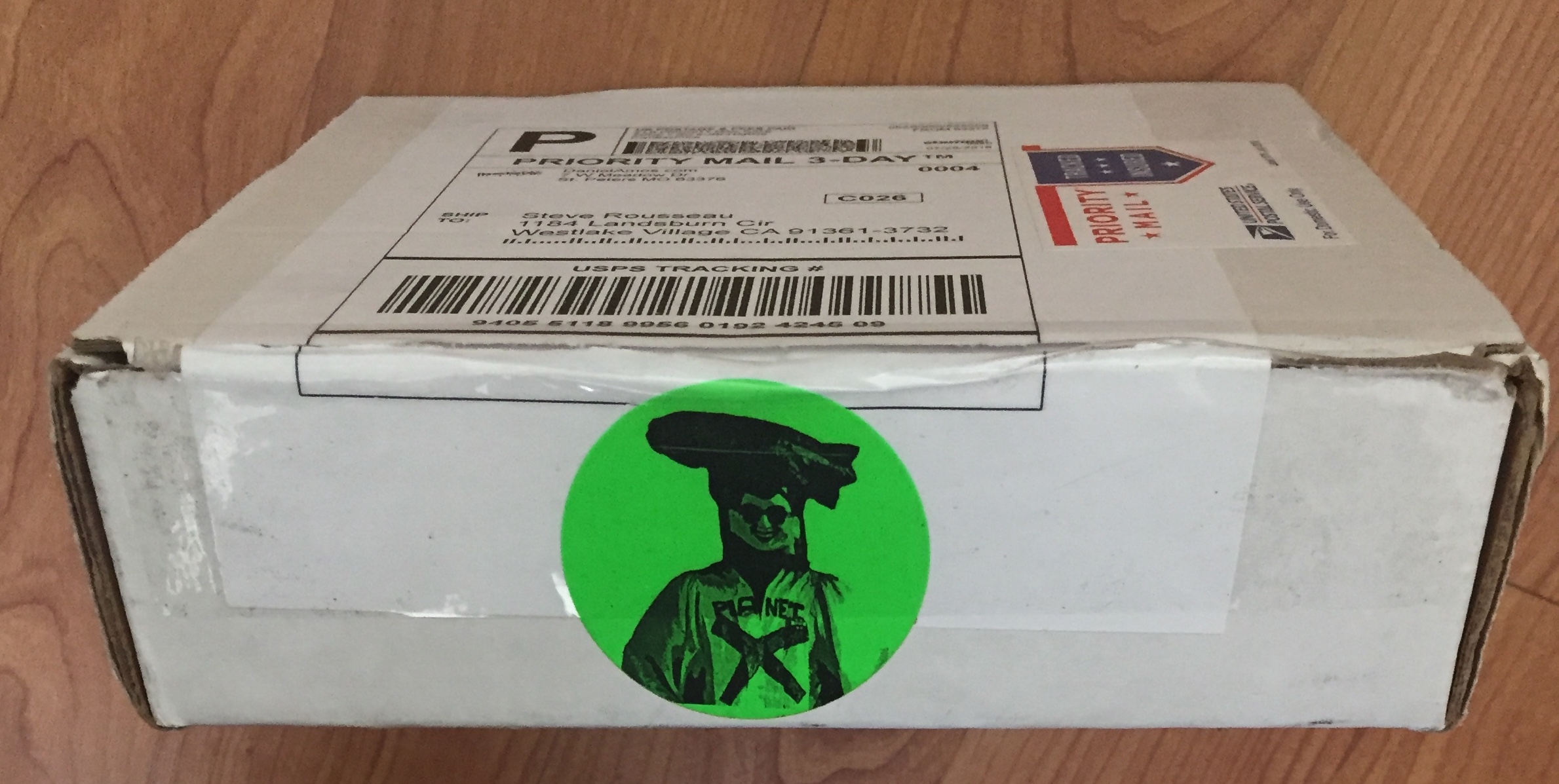 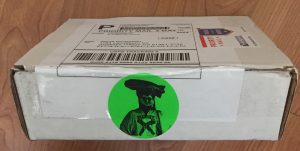 I found this box by my front door the other day. It has the Green Seal of Planet X on it…

What on Earth could it be?

I guess the only way to know is to open it, if I dare.

A blast from my past! It is the 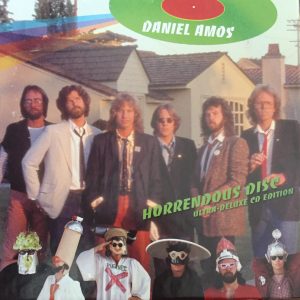 Daniel Amos is a band that was (still is) very influential in my life. This specific album, especially the title song, shifted my perspective.

from the album “Horrendous Disc”

He turns the TV high, the walls are paper thin
He hopes the neighbor folks aren’t listening
He’s killed his wife with words, confident it’s private rage
When up goes the curtain and he’s on the stage

The show is over, he pours himself a drink
Best to forget about it
Put a record on the stereo and try not to think
And the record plays:
“…This is your life, you beat your wife…”
We’ll spare the gory details and simply say

This song is not alone in deep impact in my life. DA is rated as one of, if not the, highest favorites of mine. 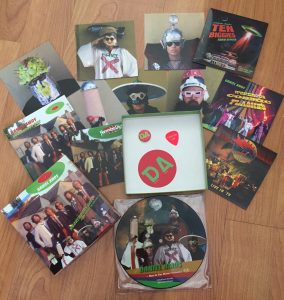 Here is what exploded out of the Ultra-Deluxe box:

Along with the remastered Horrendous Disc-

There are four other discs of music.

There is a cool vinyl picture disc with a song on each side.

There are photos of Preachers From Outer Space.

There is a DA button.

There is a DA sticker.

There is a DA guitar pick.

This is a wonderful set for me. One of the CD’s is a recording of a concert held at Calvary Costa Mesa on February 3rd, 1979… the week before I went into the Air Force. I was there!

I can’t begin to explain how influential Terry Taylor and Daniel Amos is in my life. Many a deep seated meme planted by the music from them. Of course you know, this is only the latest edition to my collection. If you take the time to check out the official website:

If you study the music, you may gain a little more understanding of me. Now, excuse me… I have some listening to do!