The Curse of Oak Island

Daniel McGinnis of Nova Scotia came across a depression in the ground near an oak tree while exploring Oak Island in 1795. They dug in the dirt in hopes of finding treasure but hit a wooden platform. They lifted it and continued to dig, only to find another platform a few meters deeper. Thus begins the quest for the treasure of Oak Island. 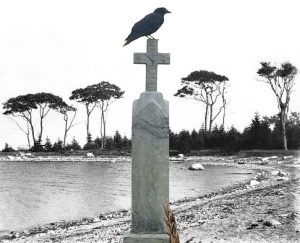 During the 200+ years of hunting, six people have died doing so, launching a belief that a total of seven will die before it is found. 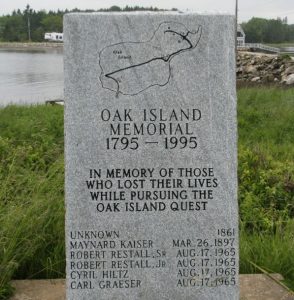 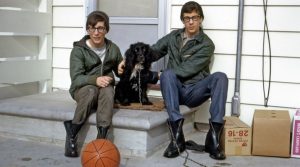 A Reader’s Digest article in 1965 sparked interest in Rick Lagina young mind and he dreamed of one day discovering the secret. The same year as the Restall Family lost their bid on the treasure. 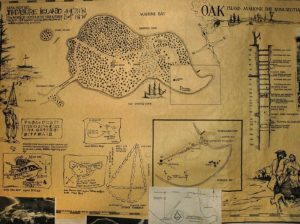 In 2003 Dan Blankenship declared he knew what was there http://rense.com/general47/oak.html and was only 7 months from locating it. His belief was based on a book which described 1500 years of mining experience in Spain… 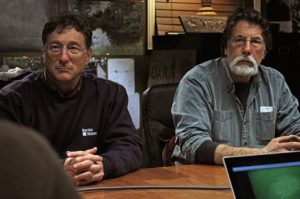 Rick and Marty Lagina purchased 50% stake in Oak Island Tours, Inc. in 2005. Rick never forgot that Reader’s Digest article about the island and was driven to discover the secrets. The History Channel show “The Curse of Oak Island” chronicles their adventures. I have been enjoying the show since it started. 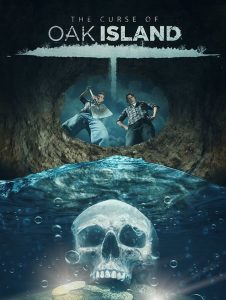 A great synopsis of the history of the long treasure hunt of Oak Island is here: http://www.iflmylife.com/culture/brothers-solved-oak-island-mystery/ 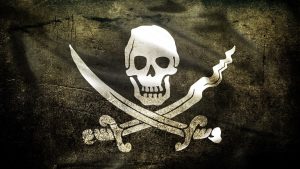 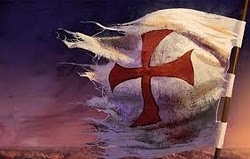 What is it about Oak Island that intrigues me? (Dan Brown should write an adventure there…) I think it brings a bit of the 16th-17th centuries into today. I must say, I sometimes think the people of those days were quite simple and perhaps even backward. But, watching this show, and others like Ancient Aliens helps me understand just how inventive and productive humankind is. Sure, we have some seriously cool stuff today, but I am beginning to see that is true for all ages of man. Resilient and inventive… perhaps that is why we would stand out in the universe. Creativity is in our makeup. Curiosity is the driving force that makes creativity so powerful… always seeking, always discovering.