↓ Skip to Main Content
Home › Aesop › The Hare and the Tortoise

The Hare and the Tortoise 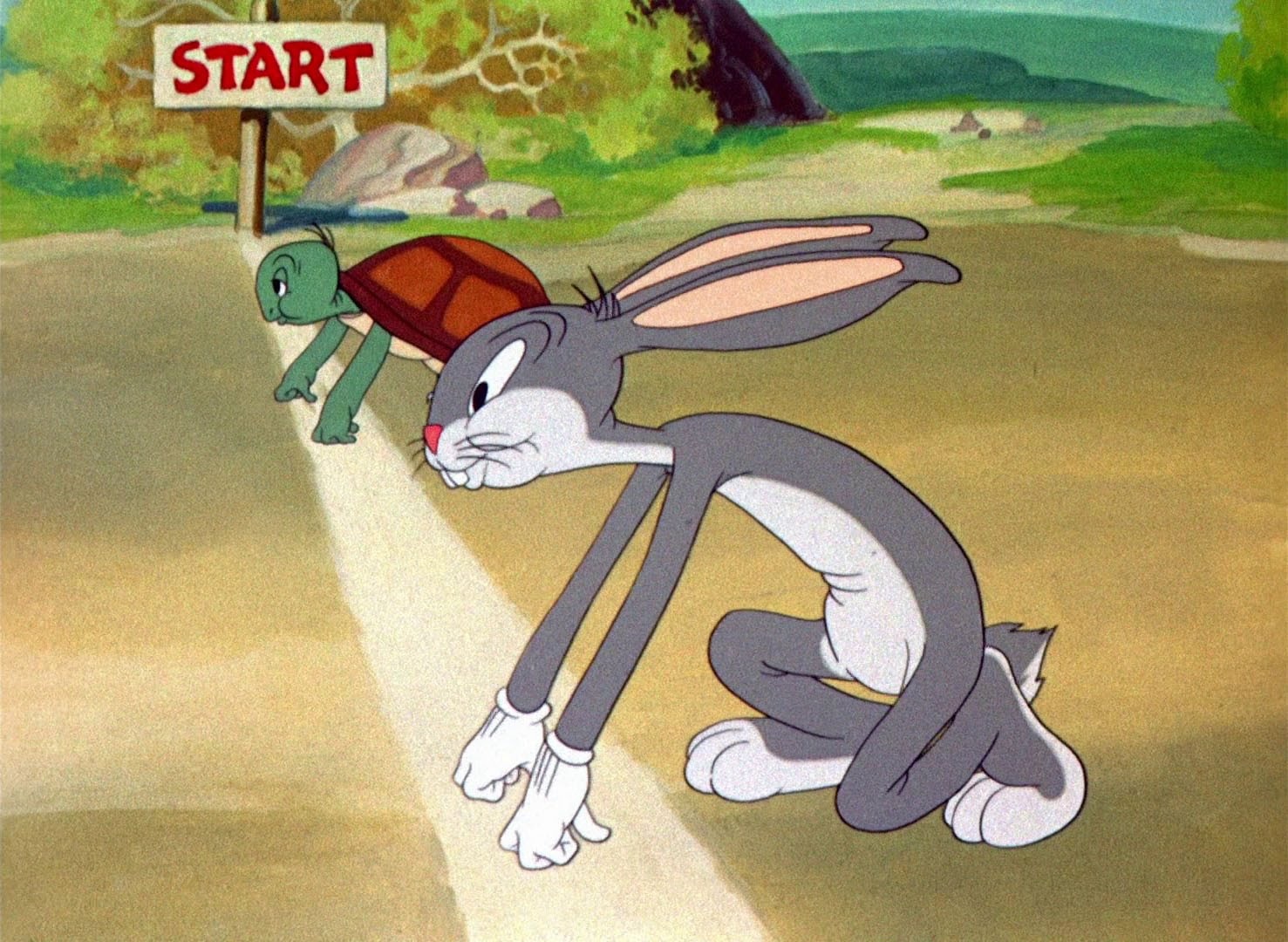 The Hare was once boasting of his speed before the other animals.  “I have never yet been beaten,” said he, “when I put forth my full speed.  I challenge any one here to race with me.”

The Tortoise said quietly, “I accept your challenge.”

“That is a good joke,” said the Hare; “I could dance round you all the way.”

“Keep your boasting till you’ve beaten,” answered the Tortoise.  “Shall we race?”

So, a course was fixed and a start was made.  The Hare darted almost out of sight at once, but soon stopped and, to show his contempt for the Tortoise, lay down to have a nap.  The Tortoise plodded on and plodded on, and when the Hare awoke from his nap, he saw the Tortoise just near the winning-post and could not run up in time to save the race.  Then said the Tortoise:

What does this story from Aesop have to do with anything?

The Greek historian Herodotus mentioned in passing that “Aesop the fable writer” was a slave who lived in Ancient Greece during the 5th century BCE. Do you realize how many stories are attributed to Aesop? Stories with morals… that is what they are. There are over 600 of these fables said to originate from this slave/story teller. It should be no shock that Heresyman has a bit of a problem with this particular story.

It is responsible for who I am… a meme planted deeply in me which has steered my life. I am not happy about it.

That is a conclusion I am reaching with all of my introspection lately. Perhaps I will share more about this soon… but for now, just know that I am questioning Aesop.