Today is veterans’ day and I am one 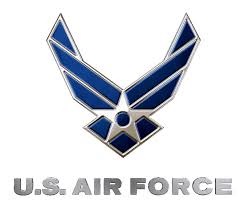 I served during a window in which the USA was NOT at war anywhere. (I thought it was smart to serve in the military where there was no war.) We came close with the Iran-hostage thing during Jimmy Carter’s term, but it never flowered into a war until after I had been discharged. Because of this, I miss out on a lot of Veteran Benefits, and I can’t join the VFW.

Technically a term in the Air Force was a six-year commitment, with two of the years being “inactive reserve”. I was required to maintain my uniforms for the year and a half after I was discharged… you know, just in case. Sadly, I was “done” with the air force about halfway through my tech school training. I have become disillusioned by the whole prospect.

Here is what happened:

In high-school I had dreams of attending the Air Force Academy. I wanted to fly, and I knew the Air Force was my ticket. I did some research in my junior year, and found out that I really should have been tailoring my academics toward this goal, which I hadn’t. I was enjoying High School, and I took classes which interested me, and though I loved math and took an elective math class every semester, it wasn’t enough to pit me against the stiff competition for entrance into the AFA.

So, I did a little more research and found out I could get a letter of recommendation from a congressman, but found out there was stiff competition there too. My Boy Scout history would’ve been helpful too, if I had achieved Eagle Scout. Striving for rank in the Boy Scouts was just something which didn’t interest me at all. I was there to go camping and hiking, so I never advanced beyond First Class. I had the aptitude, but no resume to prove it.

My research did, however, inform me that the AFA did allow for a small number of admissions for exceptional Airmen on recommendation from their commanders. Ah, this was my chance. It truly was a factor in my enlistment into the Air Force.

I took the ASVAB and did quite well on it. My recruiter looked at the results and told me I could choose any job I would like. Too many choices, so I put I had a preference of something in electronics and was given a six-month delayed enlistment. (I was sworn in, and this six months was counted toward my 2 years inactive reserve status.) I don’t remember exactly who, but while I was flying to Lackland AFB, San Antonio to start my basic training six months later, I was talking to another recruit who, finding out I was guaranteed an electronic job, mentioned Crypto when we were making our final selection of desired training. Sounded mysterious to me… so that was the job I selected.

I was officially accepted into school as an Electronic Communication and Cryptographic Systems Repairman. Funny, the school was the second longest in the Air Force, AND it was located at Lackland AFB. I was on the same base I had basic training for an addition 9 months.

During this period of my enlistment, I was in a school which was Top Secret. That meant we couldn’t discuss anything we learned outside of class. We started class every morning at 6:00a and finished at noon, Monday through Friday. So, 30 hours a week… the rest of the time was free. Sure, there were occasional “other duties” we had, like cutting the lawn or waxing the hallway floors in the school, but that only happened once a month for a couple of hours. I was learning more outside of tech school than in. 1979 was an interesting year for me.

Now, you may think this was my year of exploring with sex, drugs, and rock’n roll – and many of my classmates did. I dug my heels in and doubled down on my Christian Walk. I isolated myself from the others. During my entire tech school time I shared my dorm room with another person for a total of about a month. I had three different roommates and each one had moved off base with a spouse. I eventually was considered cursed because I couldn’t keep a roommate.

Well, my isolation and “that guy” status doesn’t mean I didn’t socialize or have friends. I did. It just means I took my free time and used a lot of it for “me” time. I chose not to drink while in the Air Force, and eventually whenever there was a party, they made sure to supply a six pack of Dr. Pepper for me. I established boundaries and kept to them. I actively participated in chapel services and became friends with the chaplain. I sang in the choir. Blah, blah, blah.

The most important lesson I learned while in tech school was how the military worked. I knew the commander of our school, and he wrote me a nice letter of recommendation to the Air Force Academy. I was working on becoming a blip on the Academy’s radar. The groundwork was laid, and I was taking steps toward my goal. But, here is where things started falling apart. In learning how the military works, I started becoming disillusioned. The hierarchy was filled with stupid people making stupid decisions. Yes, there are good people, but there are a lot who have risen in position and “Petered Out”. Now, if the military had a way of shoving those people to the side, I could live with it. But, somehow, they moved into position and stayed there. This really bothered me.

I did give thought to becoming an officer and changing things, but the more I thought of it, and the more I saw how things actually worked, it seemed a Sisyphus Task. I had given up my dreams of the AFA by the end of my days at Lackland, AFB.

I had a new mindset for the remaining three years of active service. It was simply a job, and I made the best of it. I had a lot of fun during those years, but had given up all prospects of being a “Lifer”. In fact, I had never actually spent another night on an air force base once I left Lackland. I was assigned a room on Norton AFB in San Bernardino, but I met my roommate and opted to avoid confrontation by living off base. I had to work the system in order to do that, which I did. I was occasionally called “Radar” (a character from M*A*S*H) because of my resourcefulness. I was also called “Klinger” (another character from the same show) because everyone knew I was just biding my time to get out and we were both from Toledo.

I was not disgruntled, and I proudly served the remainder of my term. Received my Good Conduct medal and was honorably discharged. I had a lot of fun while I was there.

0 Comments on “Today is veterans’ day and I am one”