↓ Skip to Main Content
Home › Popular Paradigms › Analogy › What is a Pennyworth?

What is a Pennyworth? 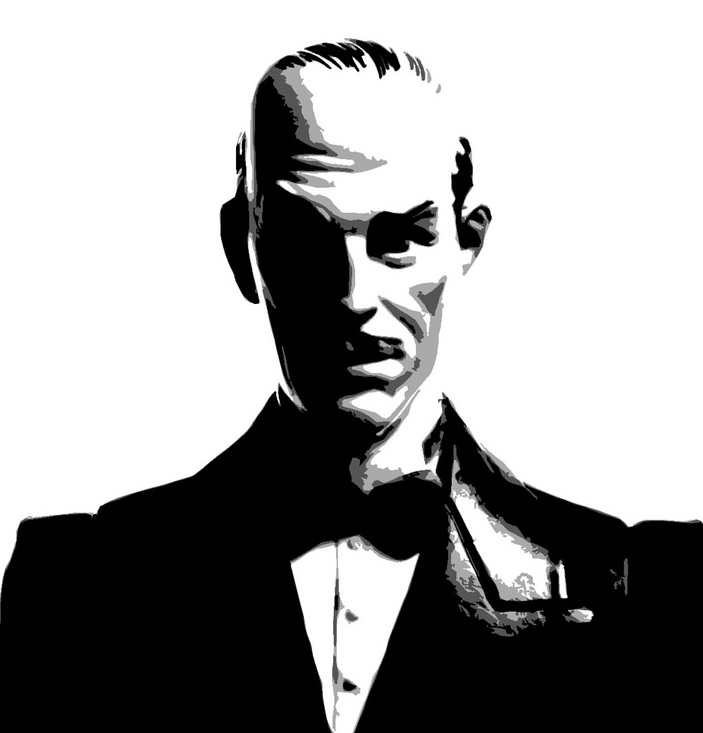 When we think about servants in the bible, we think of an archaic time when slaves were ordinary. It is a concept that bothers me.

Slavery is evil. It is also something which still occurs today.

So, for those who believe the Bible is the inerrant word of God, this should be an issue, I would think.

Some newer translations try to get around the issue by changing the word to something like hired hands whenever they can.

I suspect there is a difference between a slave and a servant.

There is a chapter in Genesis which is all about a servant of Abraham. Often this chapter is pointed out as a type, or precursor to the Church. This unnamed servant is said to be a type of Holy Spirit. It is really an interesting study. I would like to just look at the servant in this particular story as just that, a servant. Perhaps if we can understand the motivation of this guy, we may understand a bit about what a servant at the time was.

Genesis chapter 24 is our target. There are 67 verses in this chapter, so forgive me for not printing the chapter here. I encourage you to look it up.

(here is a link: https://www.biblegateway.com/passage/?search=Genesis+24&version=ISV )

To catch you up to the story so far, Abraham and Sarah have miraculously had a son, Isaac in there very old age. They want to get this son a wife so he can fulfill the prophecy of providing generations of descendants.

Abraham is too old to travel. Abraham has a servant who he sends in his place. This is why we are here, to find out why a servant would do so. Let’s see what’s up.

First thing I notice is that Abraham calls this servant to his side and asks him to swear an oath. This was done by placing his hand under Abraham’s thigh. (The version of the bible in the link relegates this fact to the footnotes.) This strange promise to protect the lineage by grabbing the loins of the patriarch, seems a little creepy to me. But, for this study, we will just assume this was a weird thing they did back then.

What I find interesting in this story is the trust Abraham put in the servant. Is there any way of knowing why this fiduciary relationship works? Is the servant simply brainwashed to a point where Abraham knows he will do anything asked of him? We are told this servant is the oldest of the servants, so we know he has been around a long time. Is the loyalty simply because he knows Abraham so well? I just don’t know.

Setting the weird ceremony side, let’s look at what the story says. The servant is sent out to find a bride for Isaac. The servant takes a bunch of camels and heads over to find a suitable mate. No input from Isaac whatsoever. In fact, the servant specifically asked to take Isaac with him, but Abraham refused. Again, strange. But, since this is a type, we should take note of things that seem strange. Sometimes the strange things are important. Abraham says he will trust in his God to provide. Furthermore, if the servant is unsuccessful, the vow is null and void. (We are giving another tidbit here… the servant didn’t take the oath until AFTER this escape clause was included.) Let’s get back to the story:

The servant loaded up ten camels with all kinds of gifts from Abraham and set out for the homeland. He went until he came to the hometown of Nahor, Abraham’s brother. He stopped outside of town and got the camels settled. At the outside of town is the community well. This is not an arbitrary event, the servant knows the women of the town are responsible for getting the water for evenings use.

With all things set up, the servant prays. Pay particular attention to who his prayer is to. He prays to Lord God of Abraham. Now, this is an interesting point. The servant does not pray to his own personal God. The prayer also includes a “deal” of sorts with this God of Abraham. He asks that the right girl simply walks up and offers a drink to him. (I am sure anyone coming to this watering hole would recognize the wealth of the stranger traveling with ten camels laden with gifts.)

This turns out to be a girl named Rebekah. She not only offers him a drink, but she also drew enough water for all the camels. While she did all this, the Servant quietly watches. When she finishes up, the servant gives her a nose ring and some bracelets, then asked who she was and if they had a place he and the camels could spend the night.

Rebekah is the daughter of Bethuel, the son of Milcah and Nahor, who is Isaac’s cousin. (Keep in mind that Bethuel is much older than Isaac, and his daughter is likely close to Isaac’s age.) She also says they have a place and food for the camels and they are welcome to stay. Then she runs on ahead to let her mother know a guest is coming. She stops and talks with her brother Laban, who was wondering about the happenings at the well.

When he sees the gifts she received, Laban runs on to the well to show the servant the way back to their home. The servant unbridles the camels and feeds them after they arrive. In the meantime, Laban’s family prepares a meal for the servant. When all the camels are taken care of, the servant is offered the meal. The servant says he will not eat until he has spoken. Laban tells him to speak then, he wants to know what this is all about.

The servant tells Laban and his dad (also Rebekah’s) all that has transpired and what his mission is. He asks if Rebekah can go back with him. Laban and Bethuel both say it is really up to Rebekah. Here is another strangeness to keep in mind. Doesn’t it seem a little out of normal for the Patriarchy to give up a female this quickly? I mean, weren’t women property then?

Of course, she wants to go. Another strangeness. But, this post isn’t about the family or the bride to be. We can address that in another post if I hear interest.

The whole point of this post is to try to figure out the servant and his motives. The family offers to throw a party, but the servant does not want to stick around. He says he is leaving, now. He found what he was looking for, and is going back. It seems implied that he is willing to leave without Rebekah at this point. He does have the escape clause after all. Again, the family leaves it up to Rebekah.

Rebekah gathers up her servants, packs up, and they all ride the camels to get back to Abraham’s. She marries Isaac and lives happily ever after. (well, maybe a few unhappy times, but that is another story.) Oh, we are told this all happened to comfort Isaac after the death of his mother, Sarah. A momma’s boy, eh?

Anyway, back to the servant. He made an oath and kept it. But, we are not any closer to knowing WHY he did it.

There is a song sung in many churches to the effect of “pierce my ear oh Lord my God”. This is an interesting song in that it sounds like it is a scriptural quote. But, in fact, it is an extrapolation from scripture in Exodus 21:1-6. This is the part of the Law of Moses in regard to Hebrew servants. A Hebrew servant is only allowed to serve for 6 years, then they must be freed. Well, this is awesome, but there is more. What if, for who knows why, the servant doesn’t want to go? The Law allows the servant to make the choice to stay. In order to show they are staying by choice, they have to push an awl through their earlobe into the doorpost of the home. So, an earring was a sign that the person was a servant by choice.

We’ll ignore the fact that Exodus occurs generations AFTER Abraham, and just assume this servant of Abraham was there by choice. It doesn’t get us any closer to knowing WHY the servant chooses to stay with Abraham. But it does allow us to believe it is by choice.

I am reminded of another fiduciary which is also inexplicable. Since I can accept the fictional character I am thinking of, I guess I can accept the unnamed servant of Genesis 24. Of course, the character I am speaking of is Alfred Pennyworth. For those who don’t know this name, he is the butler of Wayne Manor. He serves the Wayne family, even after his employer and his wife were shot. Alfred chose to stay and raise the son, Bruce. Bruce Wayne, as most know, grows to become the Masked Crusader, Batman!

So, why did Alfred Pennyworth choose to raise The Batman? His devotion to this family is beyond me. He is absolutely selfless when it comes to the Waynes. Just like this story in Genesis, we are not given a reason for this devotion. It is simply our place to accept this, because the servant is not the subject of the story. They are simply there to help the subject get through their own story.

I have thought that if we can figure this devotion out, perhaps we can gain some insight into the Holy Spirit. See, the whole reason I have spent this time going through Genesis 24 is because this is the chapter pointed to when explaining how the unnamed servant is a type of Holy Spirit. Taking the story as a whole, the type of The Church is played by the bride to be, Rebekah. The Church is said to be the Bride of Christ, well fiancé at this point in time. The Holy Spirit is assembling the Church in the same way the Servant went to Nahor went to Nahor’s hometown to gather a bride for Christ. So, following this logic, Isaac is a type of Christ. Once the Bride and the Christ are joined, then the lineage will continue.

Let’s shift this analogy to the Wayne Manor. There the Holy Spirit is typed by The Butler, Alfred. The Church is typed by Bruce Wayne, or The Batman. Gotham is a type of the world. We can carry this on for a while, but you get the point. Alfred is a servant.

We are called to be servants. Can we figure out a reason to be like Alfred?

At what point do we step aside and assist rather than insist we are the subject of the story?