Stever Posted on May 21, 2018 Posted in Abundant Universe, Book of I, Holy Sh*t!, It's in The Bible!, Meme, Memoirs of a Heretic, Popular Paradigms, Strait from Stever No Comments Tagged with Abundance, Perceived Value, Value

Abundance is defined as “having a lot of something”. I would say it is better said that Abundance is having more than needed. 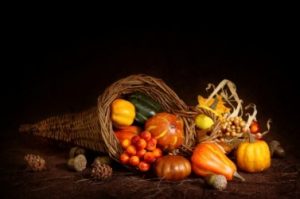 Jesus had fed thousands from two fish and a loaf or two of bread. This is a story of Abundance. 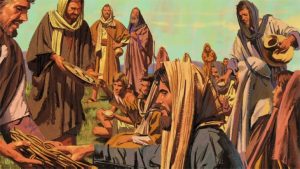 Now, those who don’t believe it was hocus pocus magic say it was because of the fact that everyone had brought their lunch, and when the crowd saw the young boy had offered to share his lunch, they all were compelled to put what they had brought into the pot, so to speak. When all was said and done, the crowd had been fed and there were bushels of leftovers. Miracle of duplication or miracle of sharing, this story is illustrative of Abundance at work. 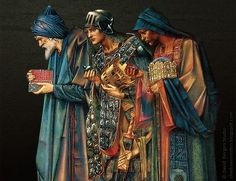 Yes, Jesus lived Abundance. (Now, the cynical may say it was because he was a Trust Fund Child, having been given Gold, Frankincense, and Myrrh at his birth.) 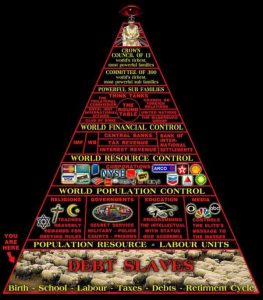 So, where was I? Ah, Abundance… the problem with the world system today is that it is set up on the assumption of lack. (Or worse, the intentional invention of lack.) It is a strange thing, the idea of limited supply of something. Our basic rule of economics is, supply and demand. If the supply can’t keep up with demand, then the value in money goes up. If there is more supply than demand, then the value of each unit goes down. Remember the expression, “Those are a dime a dozen”? 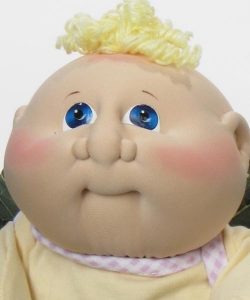 Remember the Cabbage Patch craze, when Cabbage Patch Dolls were hand-made, one at a time? People were paying hundreds of dollars for one.

One thing I will say about value, it is all based on Perception. 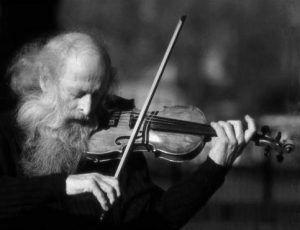 There is a story, made into a song, about an old violin at the auction. The Auctioneer started the bidding at a dollar, and had a tough go at getting any buyers. One old gentleman in the audience walked up to the Auctioneer, took the violin, tuned it, then played the most beautiful song. After he finished, the bidding started again, this time it started at one hundred dollars, and the bidding went up from there. It was the perception of the value of that old violin that made the difference. It was the same old violin, but now it had been “touched by the Master’s hand”. This is why a good salesman can sell anything. They do it by changing perceptions of value. 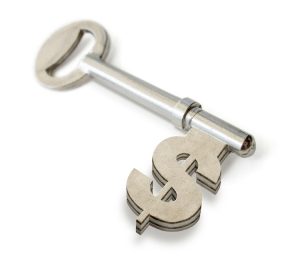 Value is the key! 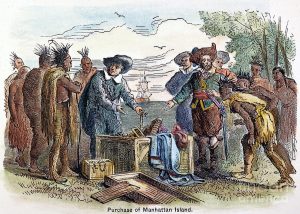 This is how Manhattan Island was bought for $24 and a handful of glass beads. (Is that true? Or just an urban legend? 60 Dutch guilders is the value given… whatever that means.) Apparently we are nearing the anniversary of this famous event… May 24th, 1626!

What is the value of life? Do you value your life more than anyone else’s? Do you value human life over animal or plant life? Greater love has no man than to give up his life for another. What about a father sacrificing his son? Is one person’s life worth a forest? What exactly is the exchange rate? 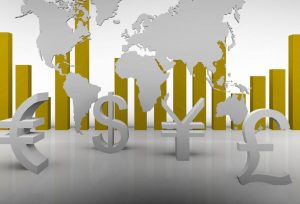 Value is dynamic, and many people have gained and lost on the Forex (Foreign Exchange). Imagine a world with one currency. A world where you can go anywhere and purchase without using a money-changer. (Jesus taught us what to think about money-changers…) Will the world adapt a crypto currency as a one world money system? Will it be forced on us, like many Christians believe? When the One True World Government is in place, will there be money? 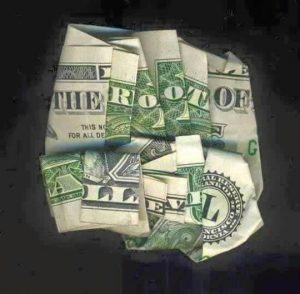 What is better, a World Currency, or no currency? Money… the love of it is the root of all evil. Where does that come from? Is that Biblical? I guess I will have to look it up.