Stever Posted on December 16, 2018 Posted in Aesop, Fables, Holy Sh*t!, It's in The Bible!, Meme, Memoirs of a Heretic, Movie Review, Strait from Stever No Comments Tagged with Aesop, Automation, Disney, Silly Symphony

“Oh, the world owes me a livin’…” is a song I had always attributed to Goofy, probably because his goofy voice is more memorable. While doing a quick web search, I found it was originally from Silly Symphony – the Grasshopper and the Ants which is based on Aesop’s tale The Ants and the Grasshopper.

Pretty grim for the Grasshopper… and rightly so, if you are a bible believer. Remember what the Apostle Paul said in 2 Thessalonians 3:10 (ISV) – While we were with you, we gave this order: “If anyone doesn’t want to work, he shouldn’t eat.”

This old grasshopper sad and weak – Could hardly hop or view his feet – He slipped, He fell – Poor Chap, Farewell

I got a bad cold in my head – You ants were right the time you said – You’ve got to work for all you get – Deedle dardle doodle deedle dum, ah-choo! 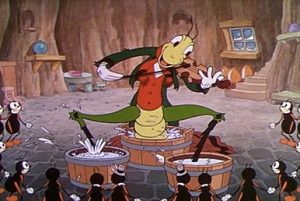 See, in the Disney version, some ants find the near frozen to death and take him into the ant colony to save his life. (Aesop was not as forgiving… death sentence for not working.) He is warmed up when the Queen Ant approaches and chides him for playing the fiddle when he should’ve been working… and just when you are sure he is going to be banished, she invites him to play his fiddle to pay for food and shelter.

The Grasshopper not only learns his lesson, but his talent is put to use in the ant colony.

It seems we should begin to consider what we will do with all the people who will be out of a job due to automation. See, the world DOESN’T owe us a living… and we aren’t needed. So, what do we do? 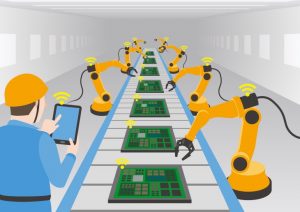 Tomorrow I will go into this a bit more…