↓ Skip to Main Content
Home › Fables › An Egyptian sage once said to Solon:

An Egyptian sage once said to Solon:

Stever Posted on December 21, 2018 Posted in Fables, Holy Sh*t!, It's in The Bible!, Meme, Memoirs of a Heretic, Strait from Stever No Comments Tagged with Egypt, Enoch, Genesis 6 Conspiracy, Hermes, Seth, Thoth

“You Greeks are still children. All you know is the outcome of your own contemplation and vision; you have no ancient traditions, no wisdom hoary with age, and children you will remain.” 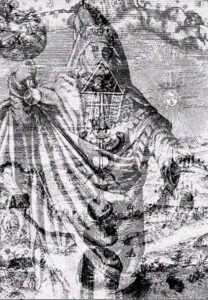 Now, it seems to me, if the Greeks were children, then the USA is embryonic.

I have been reading a talk given by Rudolf Steiner in 1911 about Hermes, and it has me thinking.

There is a book, allegedly written by three initiates, which is an expose’ on the hidden teachings of Thoth AKA Hermes AKA Enoch. It is said to be the source of all ancient belief systems. It is quite apparent that it is the source of the teachings and beliefs of the New Thought Movement which originated near the end of the 19th century. Writers of the early twentieth century like Wallace D. Wattles and Napoleon Hill are regaining popularity today in a resurgence of the New Thought movement. The book is called The Kybalion

Written language itself is the creation of Hermes/Thoth/Enoch. I am intrigued by the claim that these three names are the same person. Enoch especially…

It is said that it is appointed to all men to die… even Jesus had too! So, why is it there are two people in the bible who didn’t die? Enoch and Elijah! These two never died… they just went up to heaven. Of course, it could also be “the day ain’t over yet” for these two. There are the two witnesses who show up in the Revelation and die for three days before being resurrected and taken up into heaven. Perhaps these are Enoch and Elijah coming to fulfill their destiny.

The talk goes on about what the ancient Egyptians were really like:

…whereas our dreams are chaotic and meaningless in ordinary life, the picture consciousness of the Ancients was “clairvoyant,” although, indeed, of a hazy, dreamlike nature. The pictures referred not to the physical world but to the spiritual world behind.

Waking consciousness was limited to the physical world around and to ideas and conceptions of physical phenomena. Thus arose our modern science.

This is intriguing… and is in alignment with the bicameral mind theory. Human’s perceived things differently back then. I often think about what REALLY happened at the Tower of Babel. Could it be that the language thing is only a symptom of the real damage done. After this, information was hidden, secreted away.

…the mission of the ancient Egyptian people was to look back to still earlier times when their leading Individualities were able, with their wonderful powers of clairvoyance, to gaze into the spiritual worlds. 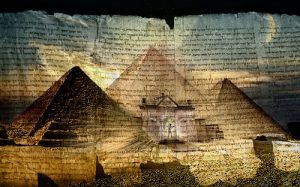 And, the person responsible for doing this was Enoch/Thoth/Hermes. It is said that Enoch built the great pyramid to preserve the information/secrets of the antediluvian world. (Oh, have I mentioned that there are two guys named Enoch in the book of Genesis?)

…he had revived the primeval wisdom of the old Hermes, called this first Being, “the Thrice-Greatest,” “Hermes Trismegistos.”

It was of course, only the Greeks who called him Hermes; among the Egyptians he was known as Thoth.

And now we will ask ourselves: of what nature was the life of feeling and ideas among the ancient Egyptians? What had Hermes taught them? How did they acquire all these strange conceptions?

Anyway, this all has me thinking… plus I just noticed another link to a name from Genesis:

Typhon pursued Osiris, killed him, dismembered the body, hid it in a coffin and threw it into the sea. Isis, the sister and spouse of Osiris, sought unceasingly for him who had been torn from her by Typhon or Seth…

Was Typhon the Seth from Genesis? Noah’s son? This is all in alignment with what I am reading in The Genesis 6 Conspiracy by Gary Wayne.