↓ Skip to Main Content
Home › Book of I › cat religion

Stever Posted on November 16, 2017 Posted in Book of I, Dreamer, Holy Sh*t!, Law of One, Meme, Memoirs of a Heretic, Strait from Stever No Comments Tagged with Belief, Change Happens, Dianetics, Nancy Levin, Prayer 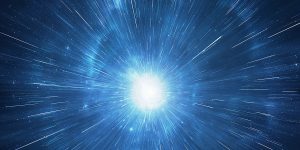 Dream last week: I was in my bedroom and a guy came in with a couple of other people. It was night, and the lights were off. He opened the blinds and pointed out the window saying there will be three stars right there, that is how you’ll know. I looked out the window into the dark haze and saw the sky flash. I turned to the guy who pointed out the window and said that was a nuclear detonation! He just smiled. Then I woke with a sense of dread.

Reaching out or reaching in? What exactly is prayer? In conjunction with the dreams of upper atmosphere nuclear detonations and dread, I have been thinking about prayer.

Anthropomorphic is a thing, right? It means making animals or things human like. Giving them human attributes. Why do we do that? I ask because I wonder “What is the cat thinking?” (According to the Law of One, the cat is a 2nd density entity working at the cusp of 3rd density.) I muse about the weird things the cat does as being part of a religion it is working out. Curiouser and curiouser.

I have just finished a chapter of Nancy Levin’s book “Worthy”, which talks about how belief(s) drive the individual. Belief – What you believe will happen, will. Whether you think you will win or you will fail, you are right. So much so, you can’t even fake it.

Your belief drives you. The only way to change is to change your belief – consciously. Much easier said than done. Belief is based on memes. Memes are continuously implanted from conception. (I attribute that belief to my reading of Dianetics) Perhaps it will be good for me to reread Dianetics.

The world will never be the same… that is my goal. Let’s change the world for the better.