The scariest verse in the bible is in red letters

Stever Posted on September 12, 2017 Posted in Introspection, It's in The Bible!, Memoirs of a Heretic, Strait from Stever No Comments Tagged with Golden Rule, Jesus, Judge NOT, Matthew 7, New Testament, Old Testament, Red Letter, Who Knows You? 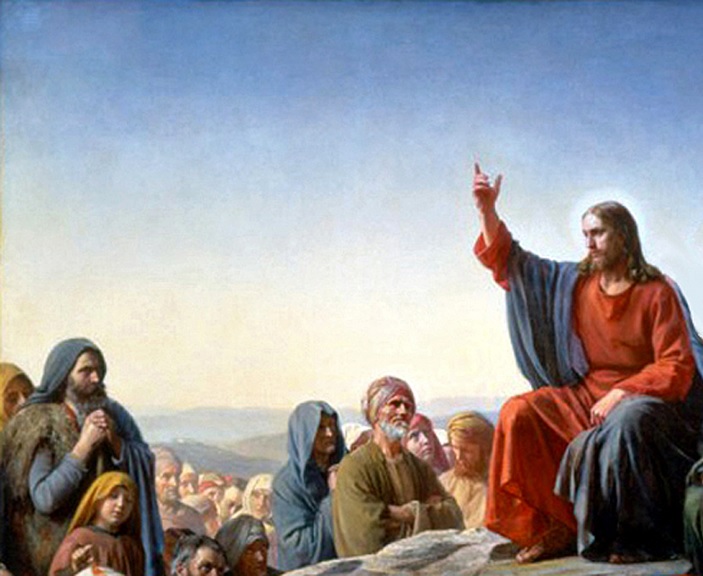 For those of you who have a Red-Letter Version of the Bible, you know that the words in Red were those spoken by Jesus (almost as if they were written in blood). So, some Christians, especially those who think the Old Testament has been superseded by the New Testament, know these as words which are more valid.

So, of course, the text of Jesus’ Sermon on the Mount is in Red-Letters. In the Gospel of Matthew, this sermon takes up three chapters, 5,6,&7. Let’s focus on the last part of this sermon: (Matthew 7 International Standard Version (ISV))

We join the speech already in progress:

1“Stop judging, so that you won’t be judged,

This verse is often quoted by someone who is being Judged by another. But, as with most of this speech, it should only be applied to yourself. You cannot stop anyone from judging, except yourself. But, there is more to this quote in verse 2. We are given a reason, let’s read on

That is something to think about. The way you judge is the way you will be judged. There is some more following this in this chapter, something about having something in your eye, but we will talk about that in a different post. (Feel free to look up the chapter and read the whole thing in context.)

Let’s skip down to the golden rule:

12Therefore, whatever you want people to do for you, do the same for them, because this summarizes the Law and the Prophets.”

I have a firm belief that living the golden rule would change the world, as long as everyone did it. I am jaded by the fact that so many people don’t live it, but they do teach it, then take advantage of those who do. Don’t get me started… I digress. Let’s work our way down to the scariest verse in the Bible:

13“Go in through the narrow gate, because the gate is wide and the road is spacious that leads to destruction, and many people are entering by it. 14How narrow is the gate and how constricted is the road that leads to life, and there aren’t many people who find it!”

I was going to skip verse 13 to get to the subject of this post, but I think it is good to point this one out. Like a turnstile at Disneyland, only one person can pass through at a time. I think the narrow gate is important because you have to go it alone. Think about that; you can show up to the gate with your friends, but you must go through one at a time.

That said, let’s get to the section that should, at very least, cause some serious introspection.

21“Not everyone who keeps saying to me, ‘Lord, Lord,’ will get into the kingdom from heaven, but only the person who keeps doing the will of my Father in heaven.

If that doesn’t chill you, I don’t think you hear what is said. Jesus anticipates what response he will get, read on:

But, you may say, they will know me by my fruits! I tell prophecies and cast out demons and perform miracles, all IN YOUR NAME! My fruits show I am in like Flynn, right? Well, let’s see:

23Then I will tell them plainly, ‘I never knew you. Get away from me, you who practice evil!’”

Nope. It is not what you do, or who you know. It is all dependent on WHO KNOWS YOU! Simply name dropping does no good.

There is more to the chapter about how to build your life, but I think we should pause here and reflect.

If you are one to memorize scripture, I suggest committing Matthew 7:21 to memory. In fact, remember 7:22 and 7:23 also. Not to use in judgement of others, but for introspection and meditation.

Judge yourself, you are the only person you can change!