Why I am so weird

I have come across the term StarChild again. I had at one point in my life believed I may be one. Somehow, I let that idea slip away as silly. I found out yesterday I happen to be in the age group of which they “came to this planet”. It was the first of three waves of travelers to this planet, volunteering to assist with the transformation. The idea does resonate with me, and my deepest personality does seem to match. The difficulty for these volunteers is the fact that all memory was hidden, deleted, erased, or whatever. 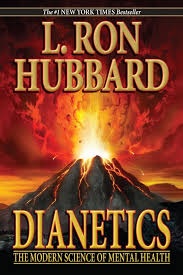 Perhaps that is why Dianetics resonated with me when I read it in High School. It seemed to be a key to unlocking those memories. Of course, now I see that those memories are locked up for a reason. For now, I see in the glass darkly, but then face to face.

It is curious the life I’ve lead and the things which have garnered my attention. As a young boy it was shows like The Jetsons, and The Thunderbirds I loved. These along with certain kinds of Science Fiction. Star Trek was always a favorite. The Twilight Zone. Lost in Space. The Monitors was a movie which really started me to think. Of course, the two anchor movies I remember most were The Omega Man and Silent Running.

TV series like Star Lost and Space Academy resonated too. Oh, I liked the original Battlestar Galactica, but was completely blown away by the Ron Moore version. I had thought that the best written show on television. Firefly came along and swept me away, along with the wrap-up movie, Serenity. Come to think of it, I have a lot of “favorite” movies which helped form who I am.

12 Monkeys and Time Bandits cemented my love for Terry Gilliam. Along with Douglas Adams and his Hitchhikers Guide to the Galaxy and the Dirk Gently books really opened my perspective of life, the universe, and everything. I am particularly fond of the new Dirk Gently TV series on BBC. Oh, and Dr. Who is a show that has grown on me, once I understood the concept.

Now that I think about it, my life has been steered by fringe culture as well as the church. Of course, The X-Files is one of those shows too. I am excited to see there is a new season coming in January, 2018.

I am curious, why I am drawn to the Fringe. (Oh, there is another TV Series I loved!) My fascination with Prudence Calabrese and Farsight is a great example. Peter Moon and the Montauk Project too. I just found out yesterday that Duncan Cameron is actively working as “a researcher into the mind, psyche, consciousness, and zero time” and can be found online at http://duncancameronrealitywalker.com

What does all this have to do with me?

It is simply “of that which has produced me”.