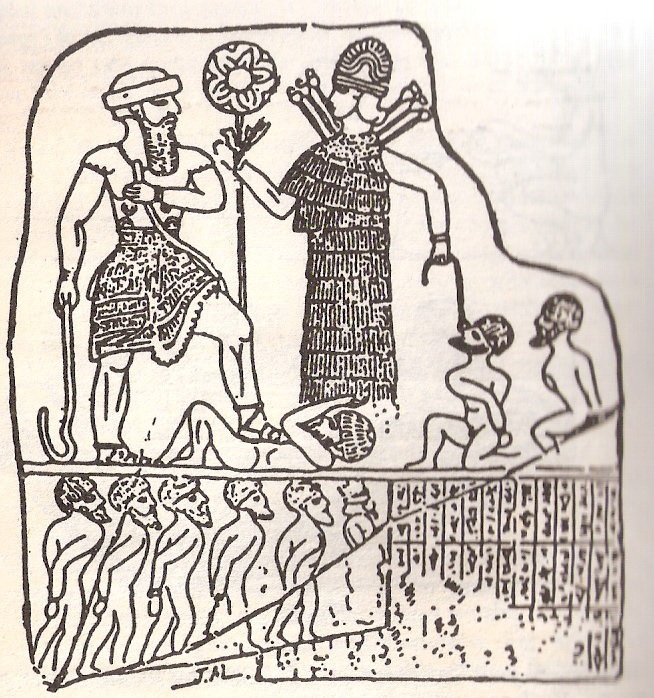 There is truly a lot we don’t know. It is as if mankind has been subjugated. The dark ages may have erased more than we could possibly know about our history. It is a bit crazy to think that our history is not only forgotten but fabricated to keep us subjugated. But, completely understandable from a control point of view. Fake News, Fake History, Fake Faking. Once we know the truth, the truth will set us free.

Read some more of Titor’s book and his understanding of the Anunnaki. At the time he visited Nibiru, he found out the Anunnaki were planning on going back in time to war with earth. No other details were given. The Anunnaki are believed to have created modern man by genetically altering the indigenous creatures of earth to create a slave race. Things didn’t work out so well for the Anunnaki. Mankind is tenacious and cunning. Remember, you are never disarmed if you have your mind. (Which is why mind control is SO important to the ruling class.) STAND UP! Don’t throw away your shot!

Imagine one of the worlds the Federation transgressed the Prime Directive on. What kind of topsy-turvy conditions that put the planet(s) in. The Federation would require extra resources to control the situation. It is all about Free Will. A planet must not be forced into learning about other worlds. It must come from a desire to find them. Now, think back to the days of sailing ships and small islands. When the white explorers discovered a new island with a society established, was this not the same as space explorers finding a new inhabited world? Is the colonization of the world by Europeans not just a microcosm of what could happen in the galaxy? Earth’s solar system is simply a cosmic island paradise conveniently located next to a hyper-bypass.

Mankind has always looked longingly to the stars. Is this because of a genetic memory of being from somewhere else? Could this simply be an innate longing for origin? We will explore because we must. It is our nature. We are designed to discover. We are designed to create (Ex Nihilo) – perhaps we were made a little lower than the angels to incubate. Transformation is coming – soon!