Stever Posted on December 23, 2018 Posted in Book of I, Holy Sh*t!, Introspection, It's in The Bible!, Meme, Memoirs of a Heretic, Popular Paradigms, Strait from Stever No Comments Tagged with chimera, GodMan, Jesus, John the Baptist, ManGod, Nephilim 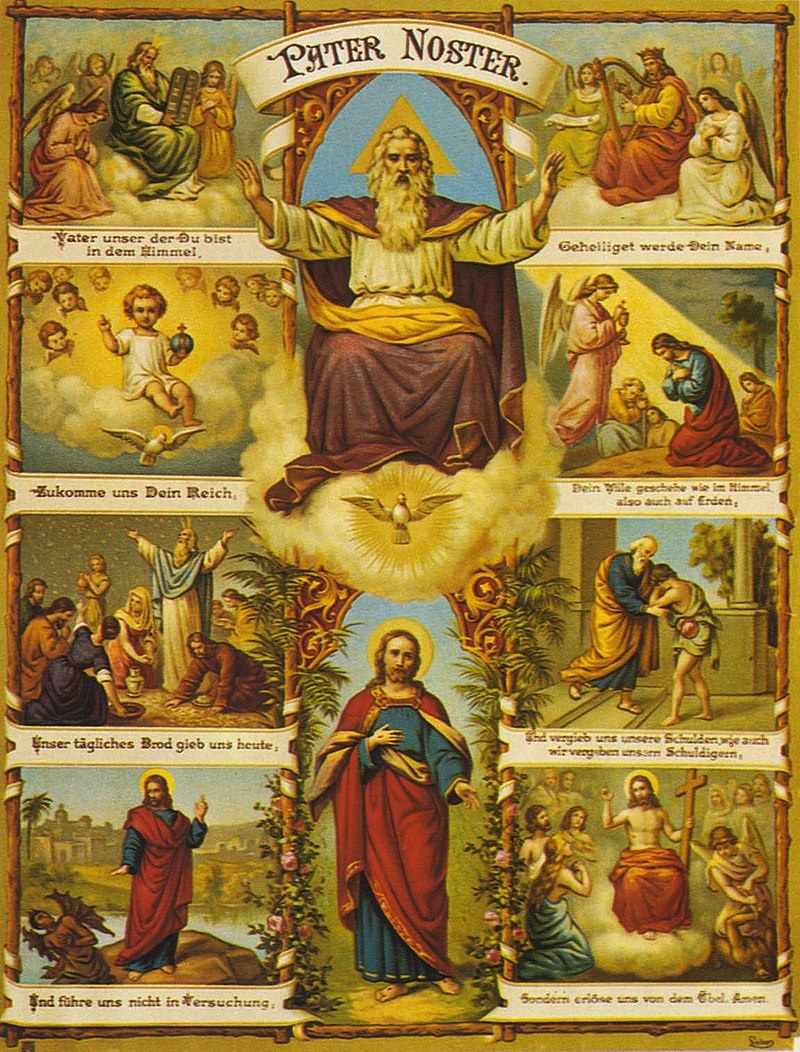 Incarnation is something we all have done, right? If to be incarnate simply means to be “in the flesh”, or donning the mortal coil, we are all in that camp. So, Jesus being born is nothing special (aside from that whole virgin mom thing). Some believe that this was the beginning of Jesus. But, there is something special about this, and that is the belief that the entity who became known as Jesus pre-existed. In fact, those who believe he is God. Well, one third of God. The whole Trinity is difficult to grasp, and I won’t even try to go over that in this post. We will just mention it here to provide the background for His pre-existence. It is an important aspect to the Christmas story.

One thing inserted into the story is the first “meeting” between John the Baptist and Jesus:

Later on, Mary set out for a Judean city in the hill country. She went into Zechariah’s home and greeted Elizabeth. When Elizabeth heard Mary’s greeting, the baby jumped in her womb. Elizabeth was filled with the Holy Spirit and she loudly exclaimed, “How blessed are you among women, and how blessed is the infant in your womb! Why should this happen to me, to have the mother of my Lord visit me? As soon as the sound of your greeting reached my ears, the baby in my womb jumped for joy. How blessed is this woman who believed that what the Lord told her would be fulfilled!”

See, they were both still in the womb when they met. This shows that the Bible teaches Embryos are people too, and supports the idea that life begins at conception. It shows that Jesus existed before his celebrated birth. But, does it support that Jesus existed before conception? No. Perhaps that is simply one of those things we have to “believe”. See, it is important that this special person. It is not something that came out of the blue either. We’ll take a look at those Kingmakers who knew he was coming tomorrow. But for now, let’s get along with the narrative that most people know and display for Christmas, the Nativity. (Luke 2:8-20)

In that region there were shepherds living in the fields, watching their flock during the night. An angel of the Lord appeared to them, and the glory of the Lord shone around them, and they were terrified. Then the angel told them, “Stop being afraid! Listen! I am bringing you good news of great joy for all the people. Today your Savior, the Lord Messiah, was born in the City of David. And this will be a sign for you: You will find a baby wrapped in strips of cloth and lying in a feeding trough.” Suddenly, a multitude of the Heavenly Army appeared with the angel, praising God by saying, “Glory to God in the highest, and peace on earth to people who enjoy his favor!” When the angels had left them and gone back to heaven, the shepherds told one another, “Let’s go to Bethlehem and see what has taken place that the Lord has told us about.” So they went quickly and found Mary and Joseph with the baby, who was lying in the feeding trough. When they saw this, they repeated what they had been told about this child. All who heard it were amazed at what the shepherds told them. However, Mary continued to treasure all these things in her heart and to ponder them. Then the shepherds returned to their flock, glorifying and praising God for everything they had heard and seen, just as it had been told to them. 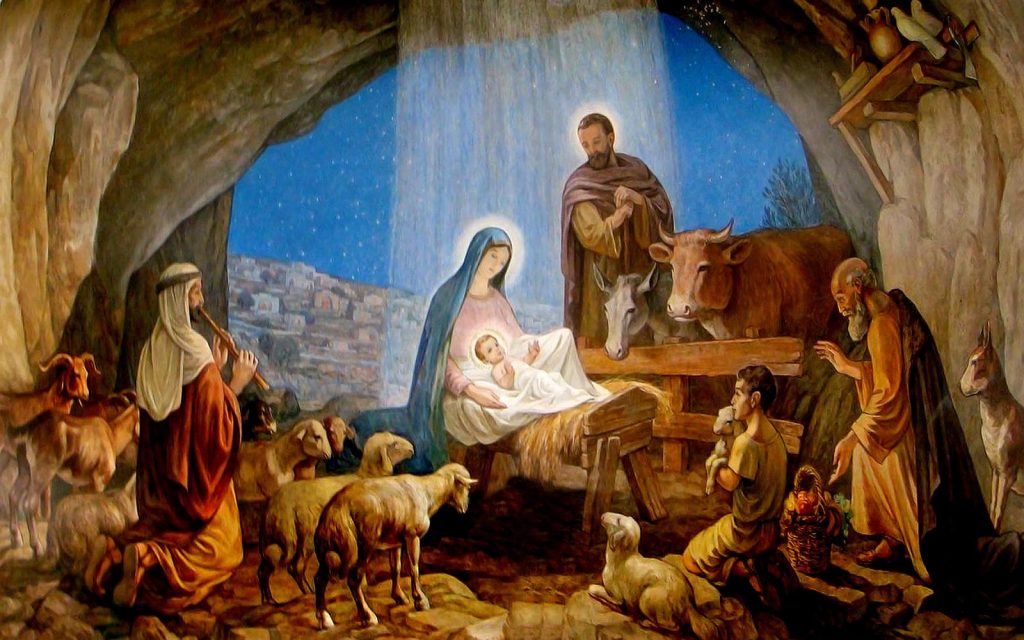 It is quite telling that an angel visits some shepherds in the hills nearby. (Also, those Nativity scenes with camels, sheep, Wise Men, and a little Drummer Boy are incorrect. It was only the shepherds, and the DID NOT bring the sheep.)

Notice there are no priests, Pharisees, or Sadducees visited. Not only does this Herald Angel (see, that’s that song heard every year around this time) show up, but he is joined by the Heavenly Army. What is all this about? Perhaps protection for this baby who is likely to be tracked down by the Fallen Angels. Speaking of Fallen Angels, I wonder if that whole having babies with human women in Genesis 6 was more than just them being good looking babes. Seriously, this is something I’ve been wondering about. It is apparent that the incarnation of God, the GodMan (chimera?), was prophesied long before it occurred. Perhaps the fallen angels were attempting to fulfill the prophecy by creating their own chimera, or hybrid… which turned out to be the Nephilim. This occurs to me to be in alignment with my thinking that the Mesoamerican civilizations which practiced human sacrifice were acting out the prophecy of the one sacrifice to save the human race. In fact, I just had a thought that it was implemented around the time that Jesus was actually sacrificed because they new the date it was supposed to happen, but were unaware of the events across the Atlantic in Israel. The death and resurrection of the ManGod occurred, but they didn’t see it, so they ‘took matters into their own hands’. (It is ideas like this that get me into trouble… at least in my own mind.) 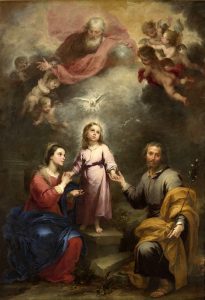 So, the third member of the Holy Trinity is now a baby. It is something that has never happened before, even when the Angels tried to emulate it preemptively. God had told the world this would happen, and he did it in a way and place no body expected… save Elizabeth, her husband Zechariah and newborn son. (John the Baptist was born at least 6 months before Jesus.)