↓ Skip to Main Content
Home › Book of I › Abundant Universe › Today I would like to put down in writing what I have been thinking about Life, The Universe, and Everything

Today I would like to put down in writing what I have been thinking about Life, The Universe, and Everything

Stever Posted on November 1, 2017 Posted in Abundant Universe, Book of I, Law of One, Memoirs of a Heretic, Popular Paradigms, Strait from Stever No Comments Tagged with Law of One, Light, Ten Dimensions, Tetrahedron, Wavicle, Zero point 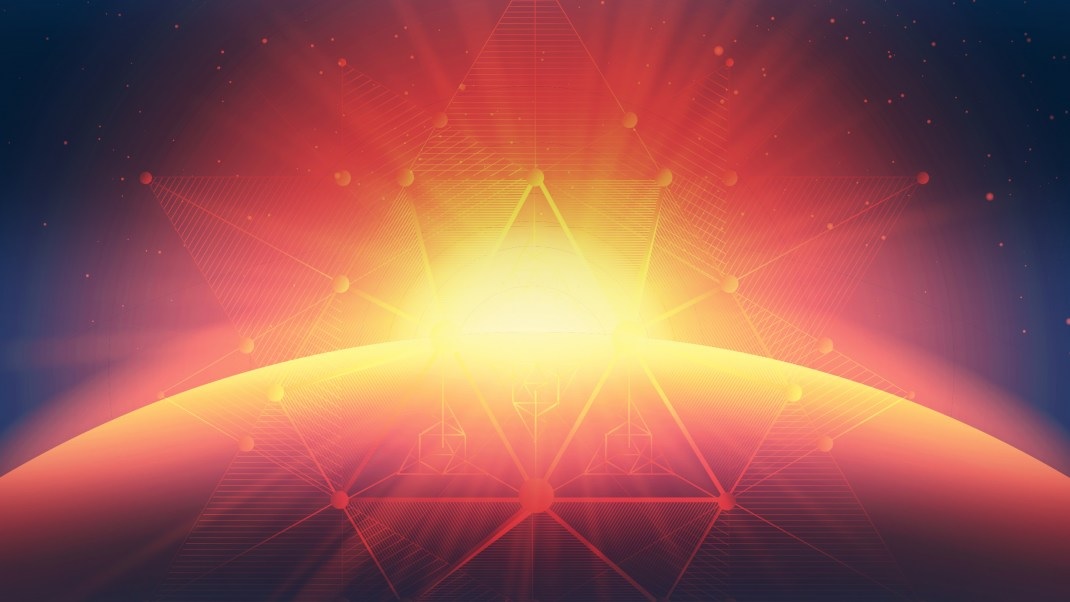 Yes, Douglas Adams already told us the answer to the question of Life, The Universe, and Everything is 42, but I want to be a little more explicit.

I have been thinking a lot about The Law of One lately. The basic tenant is everything and everybody is an expression of The One. John Lennon put it, “I am he as you are he and you are me and we are all together”. This view, of what we in the West call God, is intriguing to say the least.

I have been thinking about dimensions, and one school of thought says there are 10.

Ex nihilo means something from nothing. This is what the universe was made from. Remember basic math. If you have zero and take 5 from it, you have 5 in one hand and -5 in the other. (If you really want a headache, keep in mind this creates a differential of 10)

Before the beginning The One was nothing and nowhere, self-aware and lonely. The One is the null, or zero dimension. A point; No mass, location only. Zero Point. This is zero dimension. The zero sum.

The One is Creator and so creates Light. Light is the second point, another location. The One perceives Photon, and Photon perceives The One, and it is good. This is first dimension. Ex Nihilo, something from nothing.

The basic unit of light is a Photon. A Photon has dual nature as energy and/or mass. Wave and/or Particle. Wavicle is the term given. Photon is the initial Yin/Yang, the foundation of all that is. The shape of the Photon is tetrahedral. The photon in Space-Time is the basic building block of what we call reality. Photon phases in and out of existence, the in being light and the out being Dark. The One perceives Dark as separate from Light. The One is ALL, so Dark perceives The One and Light. Light perceives The One and Dark. The One perceives Light and Dark. This is second dimension.

In the beginning was The Word. (The One) The Word became Flesh. (Photon) And dwelt among us. (Perception)

The smallest unit of 1D space is a series of points. The point has no mass, no size, it is only location. This is the first manifestation of The One.

The smallest representation of 2D space is a Triangle. The triangle is three points joined by three edges. This is the second manifestation of The One.

The tetrahedron is the smallest unit of 3D space. It is four triangles joined at four corners and six edges. This is the third manifestation of The One.

As energy becomes mass it takes shape. The simplest form of mass in 3D is the Tetrahedron. Therefore, in the third dimension, a photon is expressed as a tetrahedron. This is the most basic building block of our perception of our universe. There is only One photon which is the manifestation of The One. Infinite perceptions of this One photon Creates the Hologram of all that is.

Tetrahedron is the basic building block and is the first Platonic Solid. Built with locations joined by straight lines.

Now to throw a curve at this. A curve is infinite points joined together, constantly changing direction. I propose this curve is the fourth dimension we know as time. This curve is combined with the other dimensions to become Space-Time. Everything perceived is done so through Space-Time. Time is a curious dimension. Some would say it is not a dimension at all, but something outside of space.

I used to think time was an anomaly. But I now believe it is a tool for perception. The reason time appears to be a half dimension is increased perception works toward completion. A continuous creation is what Time-Space is.

The One is I am that I am. Infinite self-perception.

Change is growth. Curve is change. Every-One is different… that’s the Point! Every-One must change to grow. I am he as you are he as you are me and we are all together! Embrace diversity!